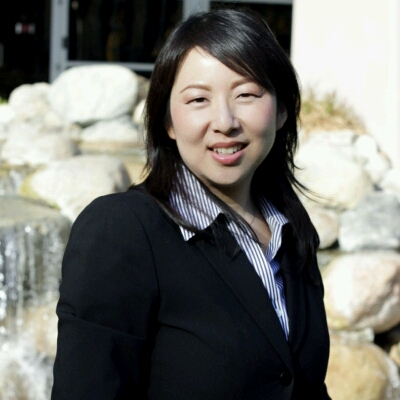 Gahram is no stranger to the ups and downs that business owners may experience. She understands overcoming fears, success and rejection, resiliency in disappointments, and the challenges of navigating changing economies. When Gahram was young, she wanted to be a doctor, so she could help her patients grow from infants to adulthood. She became a Biology/Public Policy Analysis major at Pomona College, but ultimately she ended up experiencing rejection from med schools, which derailed her childhood dream. So during her senior year, Gahram scrambled to find another career direction and became an expert at taking standardized tests, such as the MCAT, GREs, CBEST and eventually, the LSAT. While figuring out her next steps, she started working at the family business her father started, and he suggested to her “maybe you should think about law school, because it seems like you have the personality for it: you’re stubborn, logical and analytical.”

During Gahram’s two years at the start-up engineering firm, she wore many hats and watched the company grow to almost 40 employees at its peak. She served as the purchasing agent, administrative support and eventually became the Assistant Manager of International Sales, procuring 13 international sales representatives for the company in Europe, Asia and Israel before she left to attend law school at USC. Gahram found her studies, friendships and experiences at law school both enjoyable and fulfilling, including “externing” for an appellate judge (CA Court of Appeals, Fourth District, Division Three) and also interning for a mid-sized full-service firm in Irvine. Silicon Valley was making its mark in history, and everyone was optimistic as the economy was booming.

But in 2001, people’s hopes were dashed as the “dot com bubble” burst, and the infamous recession arrived. Gahram found herself unemployed for a full year after graduation, even after earning her license to practice law from the State Bar of California within months of graduating. It marked one of the toughest years of her life, as her father’s company also experienced its own decline and ultimately closure. The company started being sued by equipment lenders on defaulted leases and other creditors. But during those difficult times, hope kept them going through the kindness of others, such as litigators who took on some of the cases for a flat fee, Gahram’s supervisor (at her first law firm position) who coached her through some of the cases, and even family friends who gave generously to help meet the family’s needs.

In the midst of those crazy times, Gahram felt dissatisfied in her current job as a construction defect litigator at a mid-sized firm, because she couldn’t really help those who needed her legal expertise. A family friend encouraged her to start her own law practice, so that she could finally enjoy serving as general counsel for small to mid-sized businesses and their owners. That was October 2004 when Gahram decided to take the leap, quit her stable job and start her own law practice.

Since January 2005, Gahram has had the opportunity to help businesses of many shapes and sizes, in industries such as construction, food services, import/export, IT, high-tech, e-commerce, manufacturing and retail. Her new dream now is to help businesses from their stages of infancy grow until they expand into new product/ service lines, own other businesses, purchase real estate, or until the owners exit and pursue something else. At whatever stage the business might be when the owner meets her, Gahram’s goal is to become a valuable resource that brings the best out of that business and its owner(s).

For more information on Gahram’s professional experience, please connect with her on LinkedIn or view her profile on Avvo.

Disclaimer: The information contained on this website is general information only, and does not constitute legal advice; this information should not be relied upon without consulting with a lawyer. Furthermore, neither use of this website, nor transmission or receipt of materials from this web site creates an attorney-client relationship or an offer to represent you. No duty of any kind shall arise in favor of anyone accessing this site. Sending an e-mail to Avodah Law Group®, a PLC also does not establish an attorney-client relationship, and the contents of such communications may not be confidential. Avodah Law Group®, a Professional Law Corporation © 2017